Popular Names for Girls, That Aren’t Too Popular

Every parent wants to choose the perfect baby name – but it’s hard to find a breathtaking name that isn’t too common or too “out there.” The good news is, there are a lot of gorgeous names that aren’t overused. We looked beyond the top 500 most popular names for girls to come up with this list of monikers popular enough to be on the charts but not popular enough that they are common. Here are ideas for beautiful baby girl names that aren’t too in demand – yet. We hope you find “the one” that you can be proud of giving to your future baby.

You May Also Enjoy:
50 Most Popular Girl Names on All Things Baby Names

Ansley is a Girl’s name of English origin, meaning: “hermitage clearing.” The place-name first appears in the 1086 Domesday Book of Warkshire as “Hanslei,” which later evolved into “Ansteleye,” which is now Ansley. Ansley sounds cute, youthful, and friendly. Traditional yet offbeat, this name is quickly becoming a favorite.

Aurelia is a gorgeous old-world name found in the Roman Empire. We think it is dreamy and feminine, but not too frilly. The name Aurelia is the female form of the Latin name Aurelius, derived from the Latin word aurum “gold” via aureolus “golden.”

Azalea is a girl’s name of Greek origin, meaning: “dry.” We think its a stunning underused flower name that’s a fabulous alternative for popular ones like Rose and Lily. It sounds feminine and lovely but looks and sounds somewhat exotic. The nicknames Aza or Lea are great too.

Calliope is a girl’s name of Greek origin, meaning: “beautiful voice.” In Greek mythology, Calliope was one of the Muses-who presided over poetry, song, and the arts and sciences. Musical and melodious, Calliope is a gorgeous name for your child. They can go by their melodied full name, or shorten it to Poppy for something spunkier, or Callie for something soft and short.

Colette is a girl’s name of French origin, meaning: “victorious.” The name first appeared in America in 1892, but it wasn’t until the mid 19th that it gained usage. Colette is fresher than its cousin Nicole but is still unique enough to be slightly under-the-radar. Nicknames could include Coco, Colie, Cole, Lette, Lettie, Etta & Ette.

Danica is a girl’s name of Slavic origin, meaning: “morning star.” In Slavic folklore, Danica was prayed to in the early morning when she was said to appear in the dawn sky as the morning star. We love the sound of this name for a girl. It’s strong yet sweet, everything you’d wish for your daughter.

Della is a girl’s name of German origin, meaning: “noble.” The name is the feminine form of the name Dell but is commonly thought to be a diminutive of names like Adela or Adelaide. Della sounds both feminine and strong; it’s beautiful as a nickname or as a standalone name.

Elsa is a girl’s name of Swedish origin, meaning: “pledged to god.” Aside from its pretty sound, this elegant moniker is just super cute, and we think it translates well from childhood to adulthood. After the release of Disney’s 2013 Frozen, the number of babies named Elsa doubled in 2014 compared to 2013 in the US.

Galilea is a girl’s name of Hebrew and Italian origin, meaning: “Galilee.” The sea of Galilee, according to the Bible, is the sea where Jesus walked on water. Galilea is a feminine name with beauty and serenity that has a great flow and comes with the adorable built-in nickname Lea.

A soft and feminine name with an undertone of strength and mystery. Ingrid is a girl’s name of Norse origin, meaning: “beautiful.” In the U.S., Ingrid was almost unknown until Hollywood Swedish actress Ingrid Bergman rose to fame in the 1940s. Today, Ingrid barley finds herself in the US top 1,000; however, she remains widely given in Scandinavia.

Janelle is an American variant of Jane, derived from the Hebrew name Yochanan, meaning “God is gracious.” We like the modern twist on a somewhat simple (yet charming) name that’s cute nonetheless.

Jolie is a French word name meaning, “pretty or pretty one.” It’s an adorable and pretty name that fits well with its meaning; it’s the kind of French name your daughter will be proud to answer to.

Kiera is a girl’s name of Irish origin, meaning: “little dark one.” The name was initially given to babies born with dark hair or a dark complexion. Kiera is an incredibly versatile name that wears well on just about anyone–It feels peppy and sweet, making it a wonderful Irish girl name choice.

Lilith is a girl’s name of Hebrew origin, meaning: “of the night.” According to Jewish mythology, Lilith appears as Adam’s first wife until she was expelled from Eden because she would not submit to him. Much like the legend herself, the name is distinguished and mysterious—and boasts some major staying power.

Maren is a unisex name of Latin origin, meaning: “sea.” In Danish, Maren may mean “star of the sea.” To the ear, Maren sounds aesthetic, cool, and graceful, it’s unique, and yet it’s easy to say.

This sweet and spunky name derives from Maximus, meaning “greatest,” just like your little girl. The name was coined at the end of the nineteenth century as the feminine form of the Roman name Maximus.

The name Milena is quite popular in Slavic countries; it comes from Czech origin, meaning: “grace.” This romantic and beautiful name is perfect for your little princess. For short, your daughter can go by Mila or Lena.

If you love vintage names in a modern context, this is one of the most stylish options around. Pearl comes from an English word for a precious gemstone. It’s pretty, classic, and dainty; pearls embody effortless elegance.

Poppy is a girl’s name of Latin origin, meaning: “red flower.” In the Victorian language of flowers, Poppy means ‘imagination’. Its a bright and happy flower name that’s not overused. We think it’s wearable for a first name and spunky as a middle name.

Priscilla is a girl’s name of Latin and Roman origin, meaning: “ancient.” The post-classical name is found in The New Testament as Priscilla and Prisca. She was one of the earliest known Christian converts who lived in Rome. The “la” ending gives it a soft spin, though it retains that polished and regal feel. It’s slightly unusual, so there probably won’t be too many other kids with this name.

Romina is a girl’s name of Arabic origin, meaning: “from the land of Christians.” Alternatively, in Italian, they use “ina” at the end of words to make them diminutive or to make them sound “cute/feminine,” so Romina could also mean “little Rome.” The delightful feminine ring has a major cute factor when they’re young and a mysterious allure when they’re an adult. For those who are fond of nicknames, Mina and Romy are popular variations.

Simone is a unisex name of French origin, meaning: “hearkening, ” depending on the language, is both masculine and feminine. You can find the name in the bible, borne by several characters. We think this classic French name will be popular for years to come, and besides, it’s just super cute and translates well from childhood to adulthood.

Tinley is an invented girl’s name with no known meaning. Alternatively, it may be related to the English surname Tineley. This sweet little on-trend name is both friendly and adorable.

Veda is a girl’s name of Sanskrit origin, meaning: “knowledge.” In Hindu religion, the Vedas are ancient sacred books, that are the oldest scriptures of Hinduism. Veda is unusual without being too different or trying too hard. We think it’s a super-relevant and a cool name for any modern girl.

Waverly is a girl’s name of English origin, meaning: “quivering aspens.” It’s a striking name with an ethereal appeal that’s slightly unusual but easy to say and spell.

You May Also Enjoy:
Popular Girl Names Starting with A 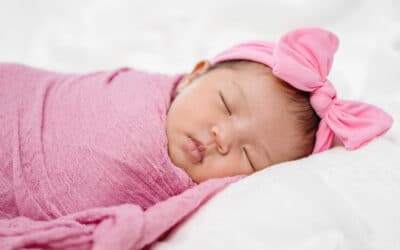 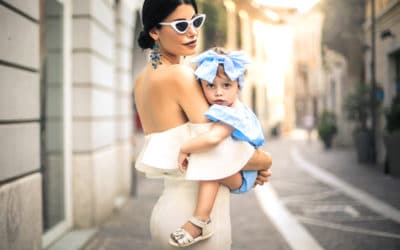 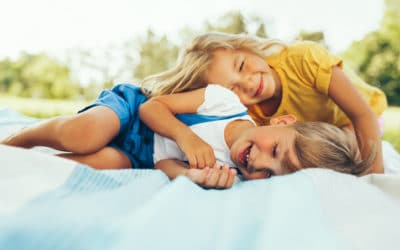 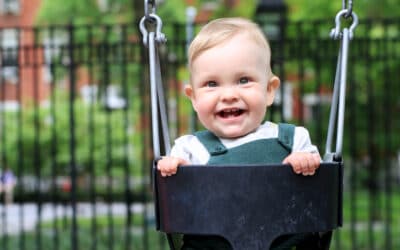