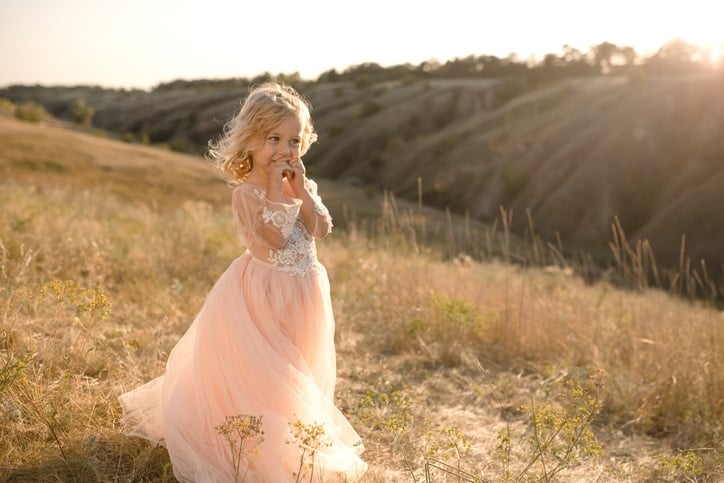 Romantic names for girls are elegant, whimsical, feminine, airy, and dreamy. They often end in “ia,” “ina,” “ana,” “ella,” or “ette” and originate from romance languages. Who wouldn’t want a name for a girl that has all of those things? And the best thing is most of the romantic names for girls on this list are not on many parents’ radars, making them perfect choices for trendsetters looking to give their little girl a name that will stop people in their tracks. Read on to find a sophisticated, worldly name with a touch of whimsy that any little girl would adore and be thankful for!

Strength (Indo-European)
Stay ahead of the trends and give your daughter a name that has been overlooked. Refined, elegant, and alluring, Apollina is ripe for the picking. Exotic and feminine, Apolline is a stunning choice for parents looking for a touch of romance for their little girl’s name.
You may also like: Annella, Antonella, Agnella

Unknown meaning and origin
This romantic and poetic name sounds a lot more delicate than Annabella and shares commonalities with other current top names, while offering a unique and timeless alternative for parents looking to give their little girl a name that will help her stand out from the crowd.
You may also like: Amabel, Amara, Ameliana

Invented (Modern)
Beatessa is a super romantic baby girl name that sounds glamourous and lavish. It has a regal ring to it, making it suitable for your little princess.
You may also like: Belinda, Belphoebe, Balia

Beautiful voice (Greek)
Similar in sound to the name Penelope, you won’t find this one on any popularity lists, but that just means that your son would be one-of-a-kind. This one has an undeniably romantic charm, so be sure to snatch it up before your friends do.
You may also like: Cassia, Cressida, Caitriona

Literary name (English)
Coraline is the perfect pick for parents looking for something literally and romantic. It’s a name that is familiar yet uncommon and distinctive. It could, perhaps, be the next Caroline. But you don’t need to be a bookworm to fall in love with this elegant name.
You may also like: Calluna, Cambria, Camelia

Forceful (Spanish)
Four syllable names – especially ones that end in an A – are popular right now because of their sing-song rhythm and feminine ending, making Dayanara a perfect choice for parents looking for a romantic and dreamy girls’ name.
You may also like: Damaris, Desdemona, Delfina

Invented (Modern)
Elisana is a more exotic and intriguing choice that would grow with a little girl, who could go by Ellie in her childhood and grow into Elisana as an adult. Elisana is romantic and glamorous, worldly and whimsical.
You may also like: Elysia, Endora, Eulalia

Emerald (Spanish)
Esmeralda is slightly old school but sounds super romantic. This lovely four-syllable name, ending with an ‘a’, has a 20th-century charm to it. And the best part is that it is totally unused, so with this name, your daughter is sure to stand out on the playground.
You may also like: Endellion, Emese, Elowen

Bean grower (French)
This delicate and whimsically chic French name is a perfect choice for parents who like the sound of names like Vivienne, Camille, and Eloise but are hoping to steer away from monikers currently sitting steady on Top popularity lists.
You may also like: Floriana, Finola, Francesca

Calm (Russian)
Galina is a soft and sophisticated name with a captivating romanticism that makes this beautiful name so memorable.
You may also like: Gaia, Gianna, Genoveva

Shining light (Greek and Slavic)
A little one with this moniker is sure to bring light to everyone’s life around her.
You may also like: Helena, Hannelore, Honoria

Gift of Isis (Greek)
If ever there were a name to make you swoon, this is it. This exotic alternative to “Isabella” is romantic and adventurous, graceful and sophisticated. Plus, there’s some adorable nickname potential.
You may also like: Ismene, Indira, Illyria

Youthful (Latin)
This one has a traditional sensibility to it that has some serious staying power. Friendly, happy, and light, Julianna is one of those names that makes everyone smile. So if you’re looking for a feminine and romantic name for your little girl, Julianna checks all the boxes.
You may also like: Jacobella, Jessamine, Jessalie

Defender of men (Greek)
This is one of those rare monikers that is fresh and original, and we think its whimsical and exotic sound set it apart from more traditional girl names.
You may also like: Liora, Lyra, Lumina

Light (Italian and Spanish)
Lucia is light and beautiful, not to mention ancient and sophisticated. It’s the perfect name for parents looking for a romantic name that’s short, sweet, and feminine.
You may also like: Lesina, Lavinia, Larissa

Work, labor (French and German)
Looking for a whimsical name for your daughter? Melisande is beautiful and substantial yet an old-fashioned name that has now become super rare and nostalgic. The nickname Mellie is definitely a bonus for this one.
You may also like: Midori, Milena, Mariella

Wonderous, lovely (French)
French origin names are renowned for bringing out romance, and Mirabelle is no different. Meaning “wonderous” just like your little girl will be.
You may also like: Miranda, Medea, Marissa

Invented (Modern)
Forget about picking a common name and bestow this original moniker upon your little girl. She’ll love having such a unique and romantic name.
You may also like: Nadora, Naiara, Naarah

Virgin of Núria (Spanish)
There’s nothing quite as romantic as a lyrical Spanish name, and Nuria hits the mark.
You may also like: Nerissa, Nereida, Nerina

Bright (Greek)
If you want a romantic-sounding name with destiny, you can name your little girl after the Greek mythology princess Phaedra, anticipating a bright future.
You may also like: Primrose, Pristia, Petrina

Essence (Latin)
Quintessa is creative, intuitive, and romantic. This one feels a bit sassy and also gets points for its meaning.
You may also like: Qiana, Quesley, Quinn

Beautiful rose (English)
There’s something dainty and romantic about flower names, and Rosabel is no exception. In fact, flower names are becoming increasingly popular, thanks to celebrities who chose floral monikers for their little girls.
You may also like: Reverie, Raphaela, Rowena

Burning ones (Hebrew)
Seraphina has a noble and classic romantic sound that appeals to many parents. Its uniqueness and rarity make it a perfect choice!
You may also like: Sapphira, Sabina, Sanora

God’s gift (Greek)
Theodosia is a pretty and romantic Victorian option that is overdue for a revival! It even has many nicknames to choose from, like Thea, Teddie, Sia, and Dosie.
You may also like: Theda, Thessaly, Teleza

Place name (Italian)
There’s something dreamy and exotic about this beautiful girl’s place name that conjures up the romance of Italy.
You may also like: Umina, Umbra, Uma

Unknown meaning (Swiss)
Verena is a romantic yet strong name that is totally underused. It has an “old-lady cool” vibe that is just lovely.
You may also like: Varvara, Verona, Viera

Wynn’s stream (English)
Winslet is a charming and playful name that, unlike other romantic names, is quirky and perky, yet no less feminine. Winslet is bold and adventurous – a free spirit with a coy youthfulness.
You may also like: Winsome, Winora, Willa

New house (Basque)
We love this bold and romantic name that is fiery and exotic.
You may also like: Xaedra, Xenia, Xandra

Complete life (Combination name)
This is undoubtedly one that you won’t hear being called out on the playground very often. It’s unique enough to make your daughter stand out without being too weird.
You may also like: Zuwena, Zosia, Zinaida 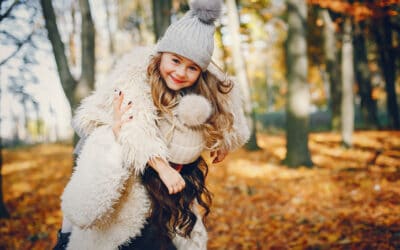 15 Unique Autumn Names for Girls to Fall for 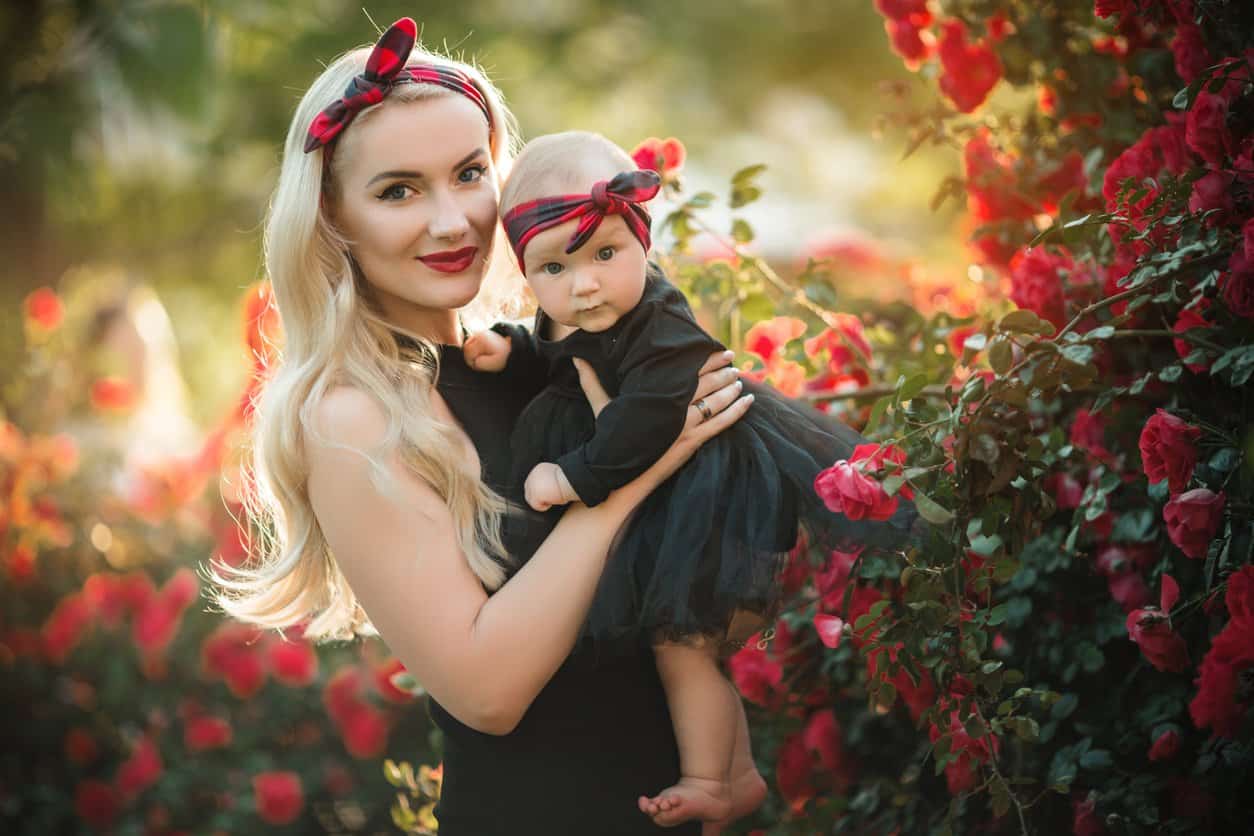 30 Rare and Unique Names for Girls

Names for Girls That You Haven’t Heard Part 1